The 2019 Galveston Day Report Card is here! As you explore the grades, also explore the ways that you can continue to positively impact the Bay. There is not a “What You Can Do” that is too small! If everyone does a little bit each day, we can see improvements over time that lead to a straight “A” Bay.

This summer, we were all inspired by Asher, a wonderful kid that took action on his own. With the help of T’Noya Thompson, Advocacy Programs Manager at Galveston Bay Foundation, and his supportive family, Asher celebrated his 9th birthday with a “litter and trash” cleanup party! Not only did his party guests clean up a park that is connect to Armand Bayou, but his guests donated just enough money to adopt a dolphin in lieu of gifts. Asher is a true Report Card Champion and demonstrates to us all that we can all be leaders for the Bay. 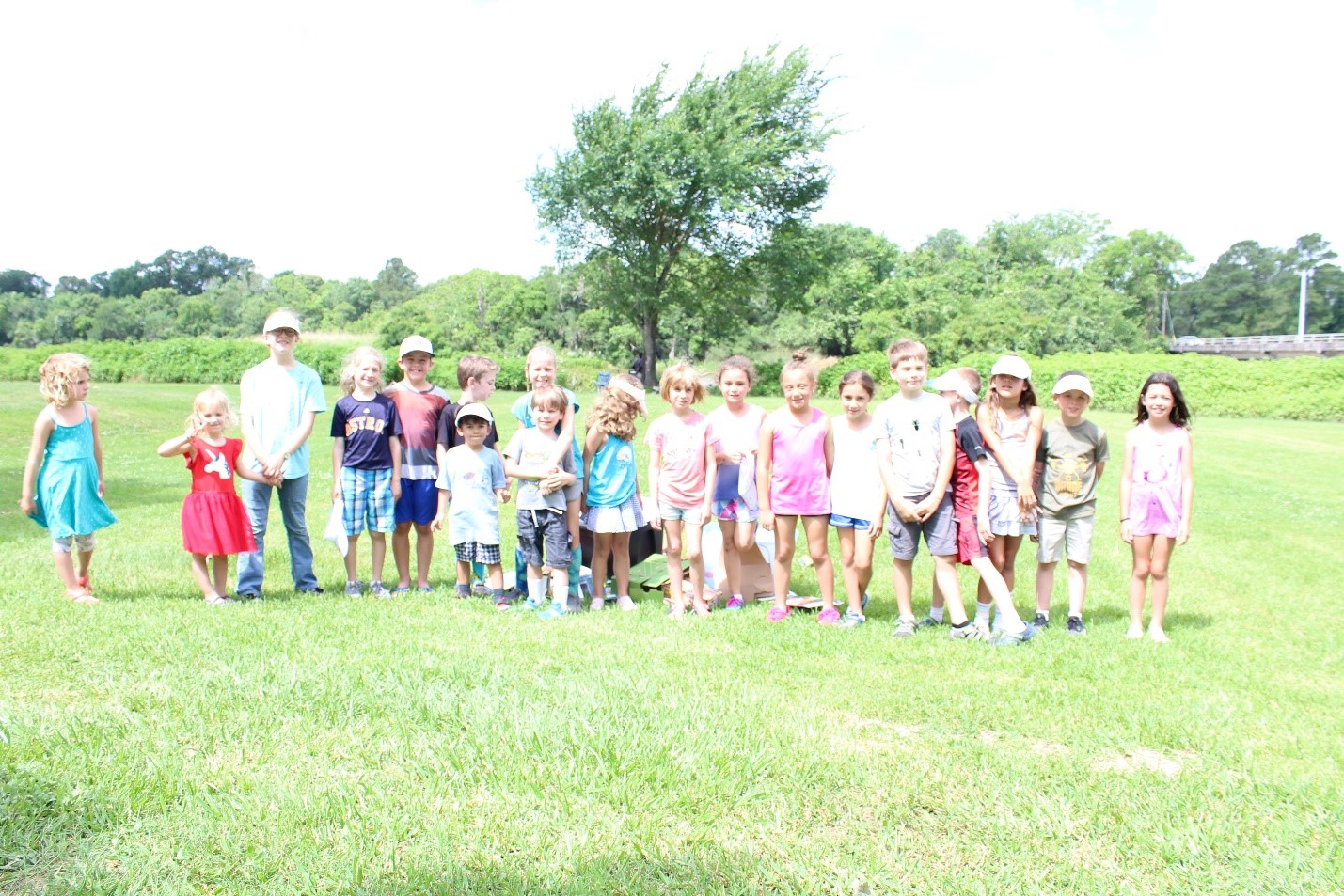 Asher and friends pose for a picture at his Bay Birthday Party!

Here is what Asher’s Mom and Asher had to say about what inspired this unique birthday party idea!

How did Asher approach you with this idea?

Asher’s Mom: We decided years ago starting with our older child, the kids have enough toys. Instead of having people waste money on more plastic toys that may or may not get played with, we asked the kids what cause was important to them and did donations instead of gifts. We’ve done donations to animal shelters several times, as well as a nursing home, and backpacks for kids entering foster care. However, we usually do a themed party where we play games, or rent a bouncy house, or go to the zoo, etc. for the actual party. This year when I asked Asher what cause he wanted to donate to, he said, “save the ocean” and when I asked him what “theme” he wanted, he said “save the ocean and clean up pollution”. He said he really wanted to have everyone come and help clean up the beach for his party, even when I offered to host his party at a trampoline park instead, because I had no idea how to organize a birthday party like this or if anyone would even come. I’m glad he was so insistent because it was a lot of fun.

Why did you reach out to Galveston Bay Foundation?

Asher’s Mom: To be honest, I had no idea where to begin, so I just Googled conservation organizations in the area and really lucked out finding someone so receptive.

How did friends/parents respond to the invite?

Asher’s Mom: A few people said it was a neat idea and a few others were more like “Umm, OK”. But afterwards, so many parents came up to us and told us that it was a really neat and impactful party and that not only did the kids learn a lot, but the parents did too! They also said that it was a really cool concept and their kids really enjoyed it. 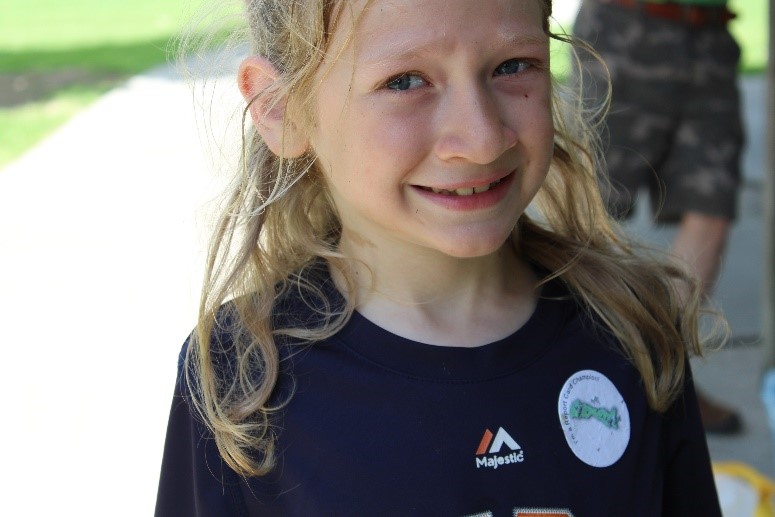 Asher smiles for a picture after the pollution pick-up game!

Why is the bay important to you?

Asher: The bay is important to me because I like the sea creatures and I don’t want any of them or any species to die or become extinct or become threatened. I want them to live in a clean environment and I also want them to have enough food to survive, because they need prey and if they don’t have prey they can’t live, so I want their prey not to die either.

What was your favorite part about this birthday party?

Asher: My favorite part was the part where we got to pick up the trash at the end! 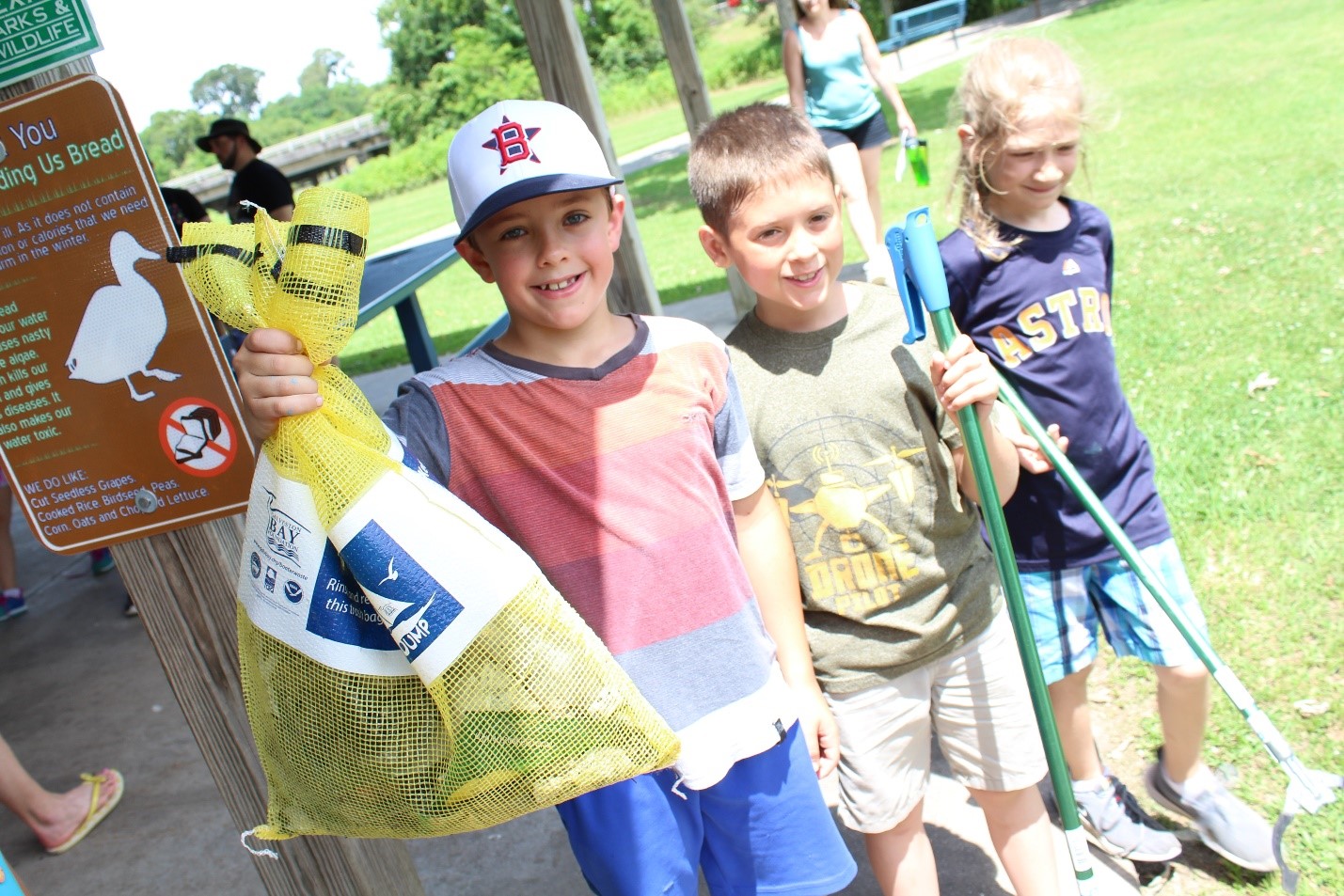 “I can’t believe we picked up so much trash! I thought it was clean before we started.” Asher’s friend.

Were you surprised by the amount of trash collected by you and your friends?

Asher: No, because a lot of people throw their trash on the ground and the wind can scatter it all over and then it goes into the water and goes down into the Bay, and I know the Bay has a lot of trash so I expected a lot of trash at the park. But I was surprised because the park looks clean, but then all the little plastic trash was there, and we walked right over it and didn’t know it was there at first. I was also surprised when my friends got SO MUCH TRASH that was trapped in the weeds and how big it was.

How much money did you raise (to adopt a dolphin)? 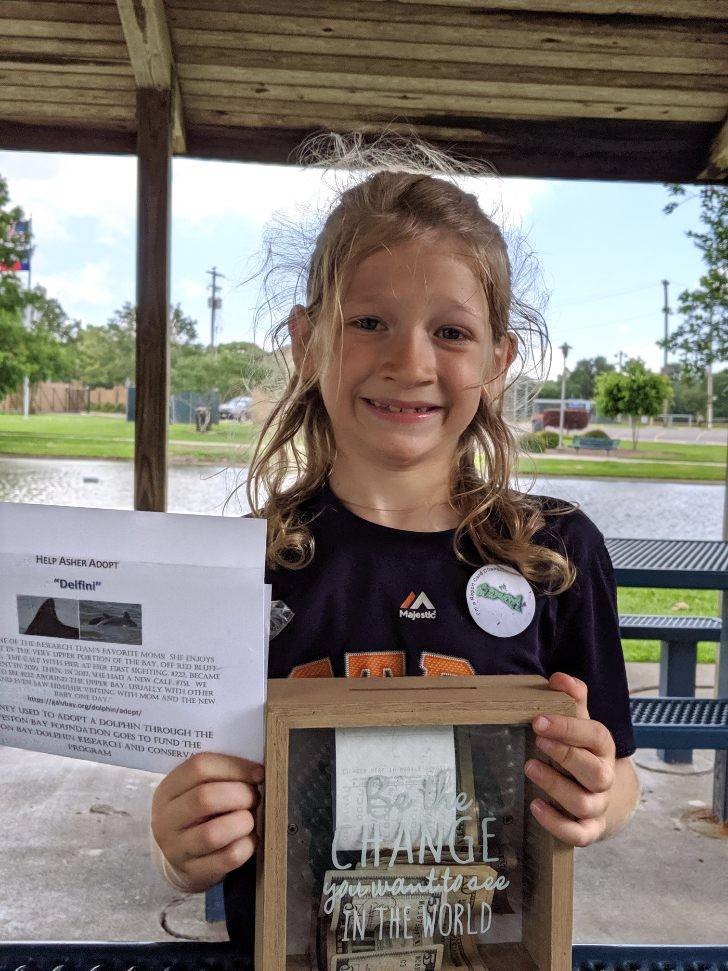 He did it! Asher raises enough money to adopt Delfini.

What are the ways that you feel you can continue to help the Bay?

As a parent, would you recommend an event like this to others?

Asher’s Mom: I would absolutely recommend something like this to other families. I think the kids are at a perfect age for a party like this because they are SO excited to learn and help and contribute. When they’re little, kids naturally want to feel big enough to make a difference and naturally want to help and sadly that seems to diminish as they grow. I hope that events like this will only foster and encourage that mindset as they grow.

Inspired by this incredible family? Want to help Galveston Bay get to a straight “A”?

Join Galveston Bay Foundation this Fall and take action for our Bay!

A healthy Galveston Bay starts with YOU.