The Texas Department of State Health Services (DSHS) has updated the seafood consumption advisory for Galveston Bay to state that no persons should consume any species seafood caught in Galveston Bay or Trinity Bay north of a line from the end of Texas City Dike to Smith Point. While the spill is not affecting the entire area at this time, changing tidal and weather conditions mean different parts of that area could be affected in the future. DSHS reminds everyone to avoid any fish or shellfish that has an oily or chemical look or smell.

The Bayport Channel Collision on May 10, 2019 between a ship and two barges in the Houston Ship Channel east of Barbours Cut released reformate, a refined product that is extremely flammable and can be fatal if swallowed and is toxic to marine life.

DSHS is taking the additional step of temporarily closing private oyster harvesting areas in Galveston Bay. Because oyster season is closed, harvesting is not open to the public at this time.

The spilled chemical is a gasoline additive called reformate which evaporates quickly and is not expected to accumulate in fish tissue once it’s gone from the water, so any impact on seafood should be resolved in the coming days or weeks.

Exposure to the chemical vapor does not pose a long-term health concern, but it can cause short-term effects like headache, nausea, and eye irritation in people who come into contact with it. Anyone experiencing health effects should contact their health care provider. People with questions may contact the Texas Poison Center Network at 1-800-222-1222.

HARC and Galveston Bay Foundation continue to monitor the situation as details are released from health and environmental authorities and as the cleanup continues. TPWD has also reported a fish kill resulting in a thousand dead juvenile fish and roughly 200 dead crabs along the shoreline of Galveston Bay Foundation’s Kemah property.

If you have concerns about the incident itself, please contact incident response 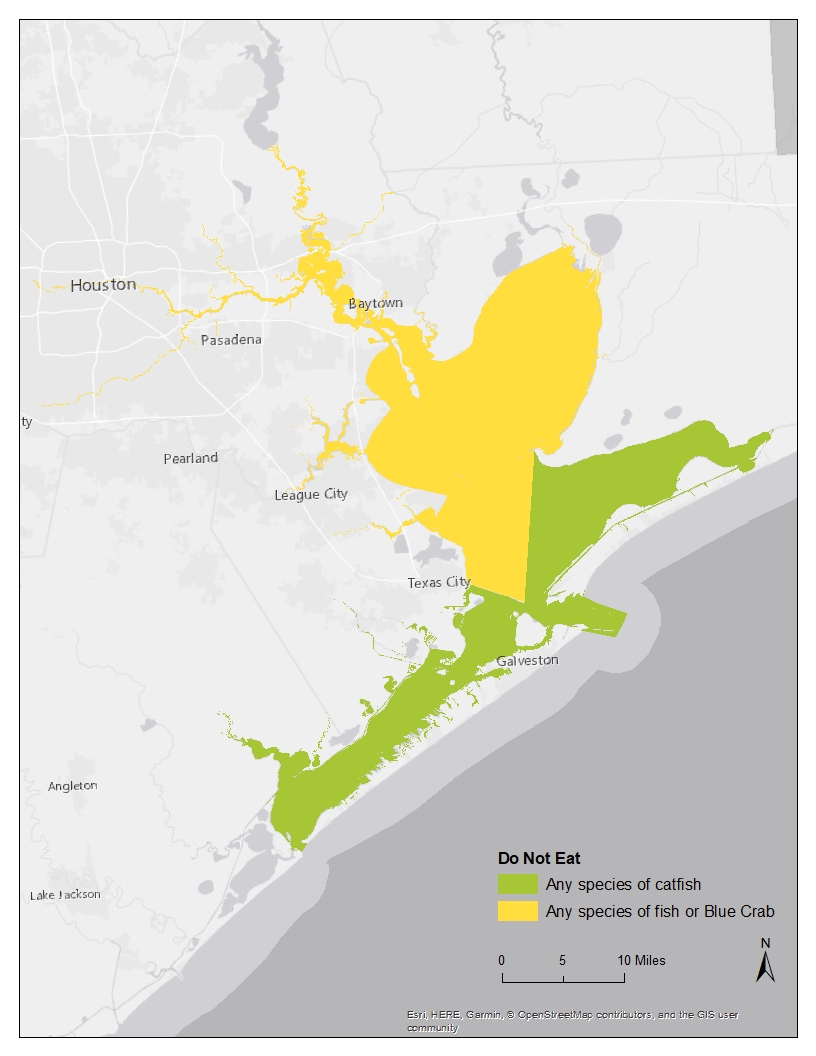