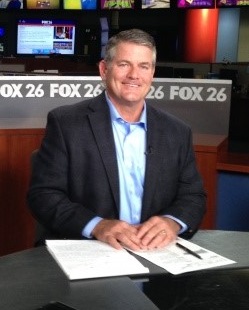 Scott Jones is the Director of Advocacy for the Galveston Bay Foundation. Scott ensures that the Galveston Bay Foundation is an active participant in the public review of projects, initiatives and issues that impact the Bay – from individual wetland dredge and fill projects to seafood consumption safety to waste site cleanups. He seeks to foster communication between all users of the Bay so that negative impacts can be reduced and improvements to Bay health can be made.

Scott has been with the Foundation since 2008.  He previously worked at the Galveston Bay Estuary Program from 2000-2008, TCEQ Water Quality Standards from 1998-2000 and Galveston County Pollution Control from 1996-1998.

We asked Scott about Galveston Bay seafood and what we should know.

Don’t assume that all seafood from Galveston Bay is unsafe to eat. Galveston Bay’s commercial fishery is the most productive of all the bays in Texas, and the vast majority of seafood harvested from Galveston Bay is safe to eat. Recreational fishermen harvest prized seafood species such as flounder, red drum, and speckled trout. Consult the Seafood Consumption Advisories for advice about which species to avoid from certain areas of the Bay

Toxic contaminants work their way into the food web through biomagnification. Plants, microorganisms, and animals that live in the sediment or on the Bay bottom, absorb contaminants first. They are consumed in turn by larger organisms, which are consumed by even larger organisms. Some toxins pass out of the animals’ bodies, but others have a tendency to accumulate, especially in the fatty tissues. Bacteria are another topic of concern for seafood, specifically oysters. Bacteria screening levels set for oyster harvesting are more stringent than those for contact recreation like swimming, because bacteria can accumulate in oysters and other shellfish. This makes them unsafe to eat, especially if consumed raw.